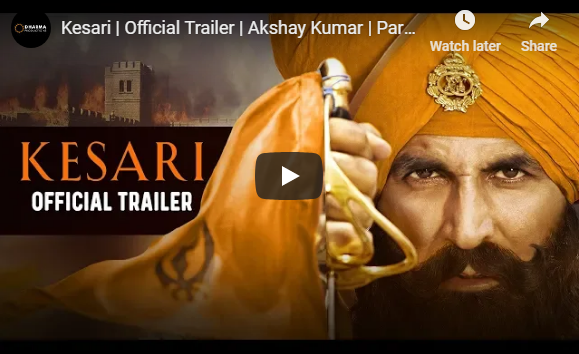 The film Kesari is based on the true story of Ishar Singh who led an army of 20 Sikh soldiers in kersari (saffron) turbans against an army of 10.000 Afghani Pathans. Starring Akshay Kumar in the leading role, this film is directed by Anurag Singh and produced by Karan Johar. Akshay Kumar proves yet again that he is one of the biggest talents of Indian film industry, with flawless delivery and the trailer is sure to raise the Goosebumps. It is slated for a March 21 st release this year.